Janavi M Folmsbee has moved between countries and cities to find her own space in this world and to hunt for the universal and global connection amongst us. After crossing continents, this hunt has propelled her to continue her search in an element that physically connects us all ' water. She is strongly influenced by marine life, drawing abundant inspiration from her experiences with scuba diving expeditions. In her interdisciplinary work, Folmsbee creates ethereal, intricate shapes, which she calls characters, that are meant to invite the public into something very private. Her paintings intend to take the viewer into the work's moment of origin. These characters she conceptually conceives of live in their own world and space, but somehow also exist in ours. Typically, a collection of four or five of her works is installed together to tell a story, transforming the space into her version of an unreal world for the viewer to be injected into. The works allow the viewer to better understand the hardships of our oceans and the majestic creatures it holds. She has faith that with art, awareness, and beauty we as humans are capable of doing much more for our oceans and our environment. 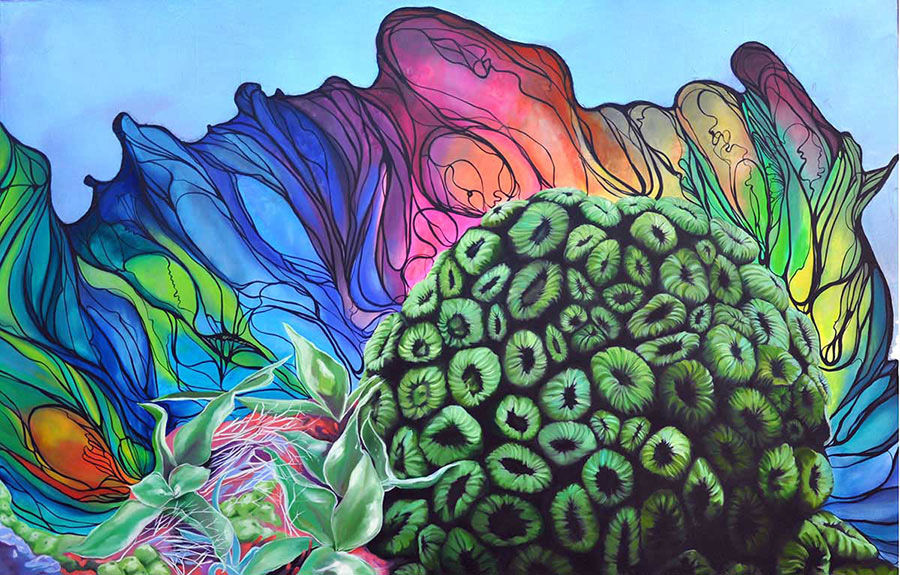