Performing art pushed her into the visual art world and allowed her to develop a very interesting fusion of dancing, acting and visual techniques and creativities. She has done many group and individual exhibitions in Houston, Europe and South America Attended a few art residency programs in Vermont Studio Center and Virginia Creative Center of Art in Virginia. Awarded with a scholarship at Glassell school of art in Houston and took collage, assemblage, drawing, painting and mixed media classes. In 2011 she has received two awards (Third place and an Honorable Mention) in a group show curated by Mr. Bert Long at the Archway Gallery in Houston. In 2013, for the first time her art works were exposed at the Art Car Museum in Houston in an exhibition called 'Full Circle', from January to June. In 2015, she presented a new series named 'Magic Birds' at the Jung Center Gallery in Houston, during the month of March. In October of 2016, she opened her new art studio at the Silver Street Studios in Houston. She always wants her art to be strong, provocative and an instrument to promote the art as an educational and cultural valuable tool for the society. 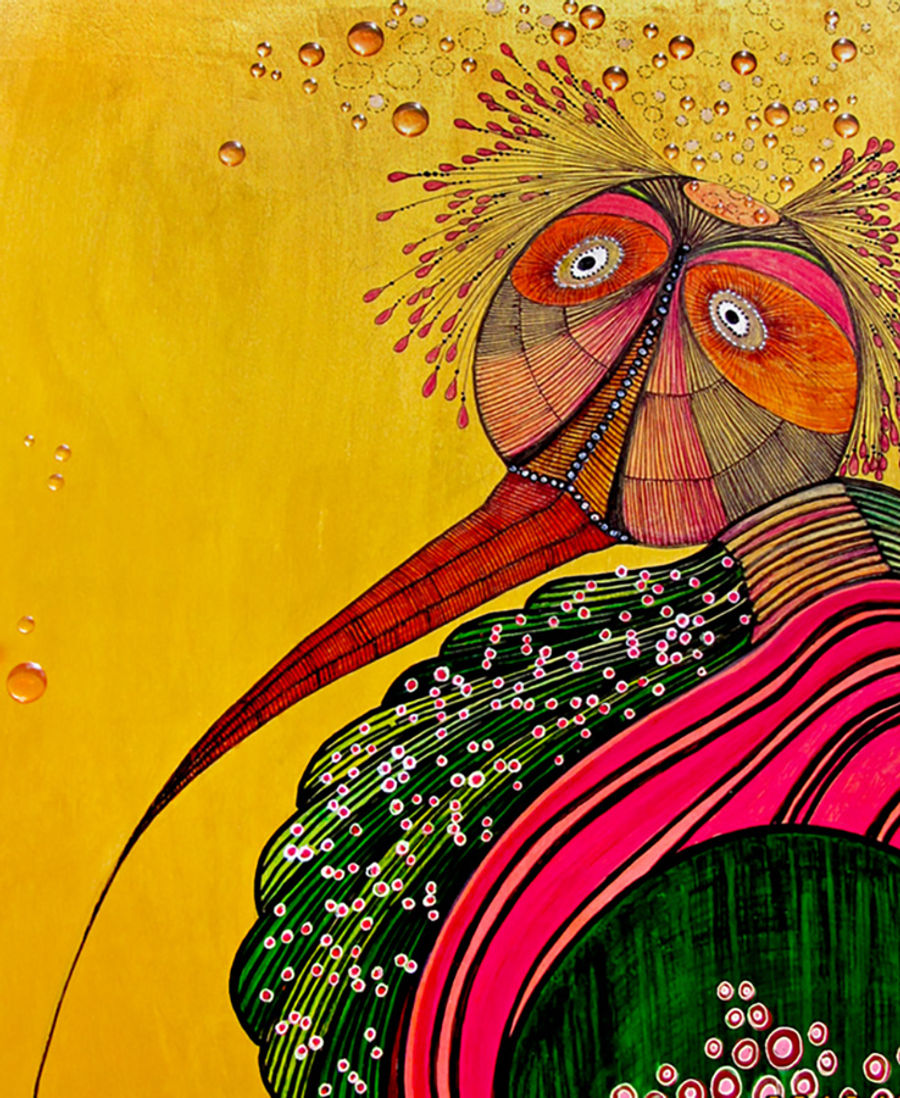