I render mythopoeic images from my unconscious using a technique I term “Constellationism”, wherein I randomly throw ink onto folded paper and blot it repeatedly until I spontaneously see an image; similar to making a Rorschach Test ink blot. I then enhance that image by connecting the dots, painting, and line work to ensure that others see what I saw in the chaos. My efforts result in dreamlike, archetypal portraiture that blurs the lines between art, depth psychology, and shamanism. Because the subject matter is not predetermined, I am surprised and intrigued; creating a piece provides an opportunity for self-exploration. Whereas ancient civilizations found gods and heroes in the night sky, I create constellations using the stars that occupy my own, inner firmament and identify the various characters of my unconscious. Matthew Gantt is a graduate of the Seattle Film Institute and a visual artist who has worked in various mediums ranging from film to sculpture to ink drawing. In 1996, he developed a technique of rendering images from the unconscious he terms Constellationism. He is a decorated U.S. Army veteran, an Associate of the Joseph Campbell Foundation, and a Member of the Houston Zen Center. 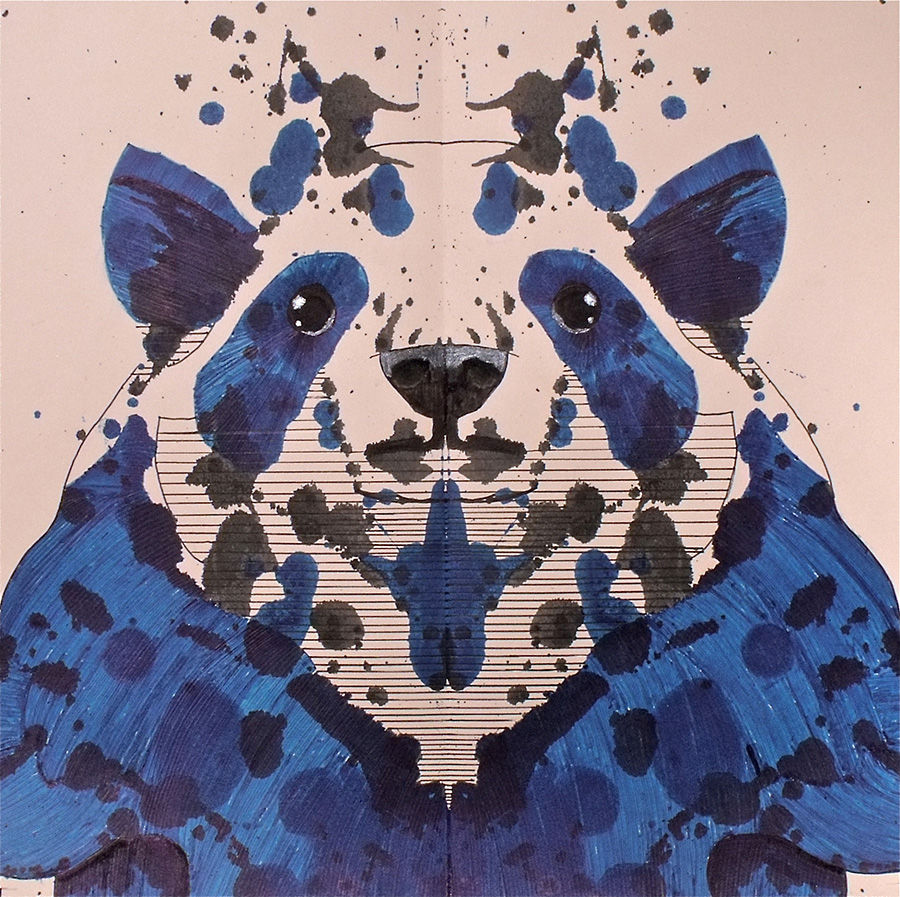