Kelly Best Bourgeois grew up in Corpus Christi, Texas where she developed a profound love of nature from the ever-changing scenery and wildlife along the Texas Gulf Coast. She began painting with oils on Saturday mornings when her father a Navy physician was stationed in Albany, Georgia for a year. She continued her studies under the guidance of mentor Dick Turner at the age of 12 when the family moved back to Corpus Christi. Kelly earned a Bachelor of Arts with Honors from Plan II at the University of Texas in Austin.

After earning her M.D. degree at the University of Texas McGovern Medical School in Houston, she spent time in the art filled and history rich city of New Orleans, during her internship at Charity Hospital and her Anesthesiology residency at Tulane University Medical Center, before settling in Houston where she married, raised her family, and continued her art studies with local artists, the Houston Museum of Fine Arts Glassell School of Art, and the Art League of Houston, while maintaining her medical practice.

The past few years, Bourgeois has also studied in workshops in Round Top, TX, New Orleans, the Scottsdale Artists School, and Provence, France. Since retiring from medicine in 2020 to devote more time to her passion for art, she continues travelling to different locations to paint en plein air, using her experience in nature to create larger oil paintings in her Houston studio. In 2021 Kelly completed her solo exhibition of Texas Landscapes titled "Deep in the Heart" in the Kucera Gallery of the Art Center of Corpus Christi. Through the generous support of the Joe Barnhart Foundation of Houston, the Beeville Art Museum hosted her solo exhibition "Lone Star Gifts" in 2022.

Bourgeois has earned recognitions and honors for her paintings in several shows, and her works are part of many private collections across the United States and as far away as the UK. She is a member of the Oil Painters of America, The American Artists Professional League, and the American Impressionist Society. Kelly’s paintings can be seen at her Sabine Street Studio #116 in the Sawyer Yards Arts District of Houston where she welcomes visitors during Second Saturday Open Studios on the second Saturday of each month. 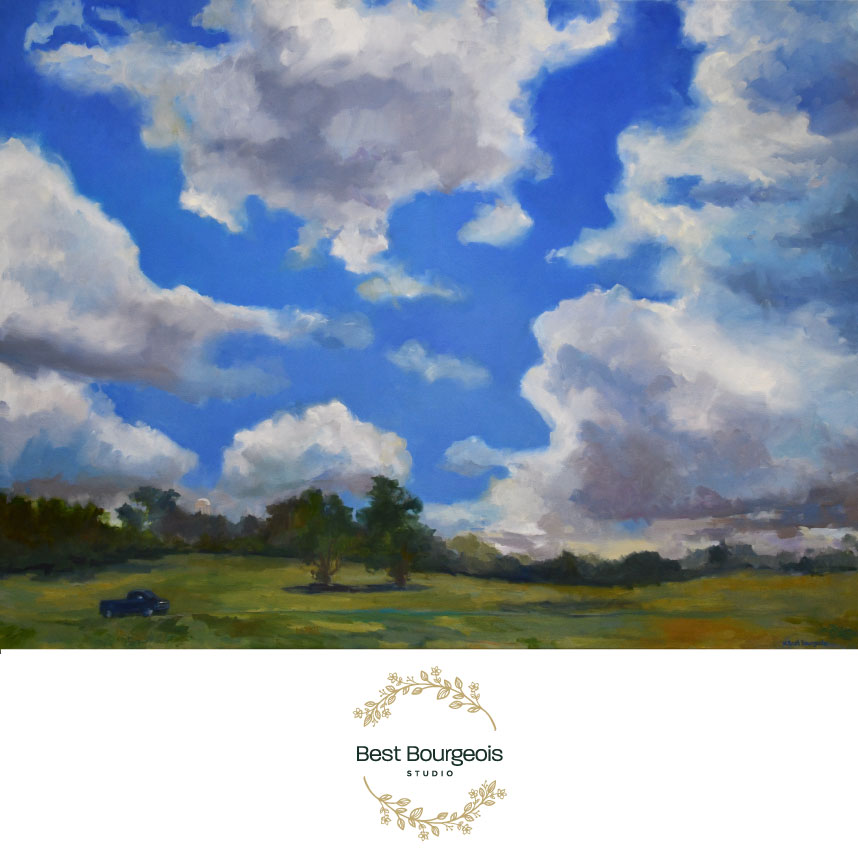