I am a self-made Lebanese artist with a passion to serve communities and help advance the art scene in Lebanon. A mother of three who decided after her children finished her studies to start hers. So I joined the Lebanese University the Faculty of Fine Arts as an auditor. I have contributed to several symposiums and exhibitions and have exhibited my work solely and with groups in Lebanon, the region, and internationally.
I've represented Lebanon at United Nation palace in Geneva, and had paintings in Lefca museum in Cypress and Kana Museum in south Lebanon.
I paint, teach, make ceramics and mosaics, and work with resin. I am driven by creativity to portray situations and contexts around me. 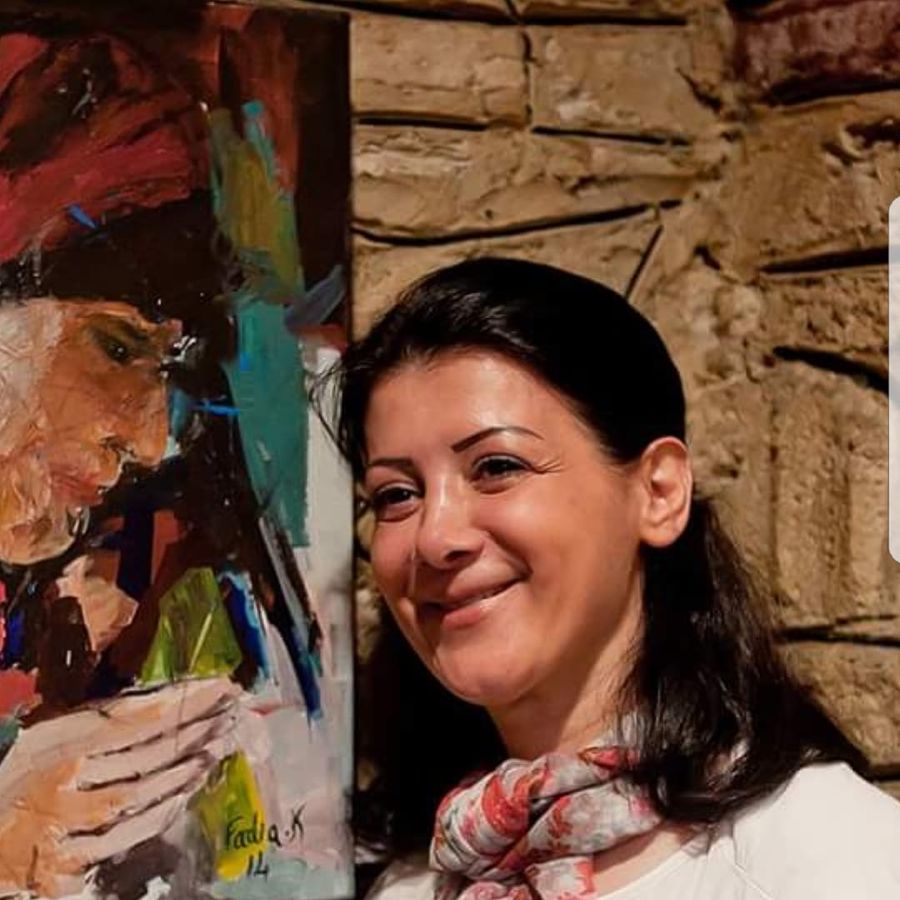