KIM RITTER is an artist, author and curator. She has lived in some of the world’s greatest cities. In Atlanta, she received a BA in English Literature at Emory University. In New Orleans, she got her M.Ed. She was awarded her Patchwork and Design Certificates from City and Guilds when living in London.

She began her career in art quilting while living in Copenhagen, winning 3 ribbons at UK’s National Patchwork Championships and a second place at the American Quilters Society show in Kentucky. She has won many awards, including a recent Honorable Mention at The Visual Arts Alliance 36 Juried Show.

She wrote her book Quick Quilting right before moving back to the US. It has since been published in the UK, Australia and US along with translations into German and Russian.

Kim’s art is widely published, appearing in 20 books, 15 magazine articles and many exhibition catalogs. Her work has traveled extensively in 17 national group tours where her work was shown in museums and galleries across the US and Costa Rica.

In Houston, she began curating and co-directing traveling exhibitions such as Fine Focus 02, 04, and 06. She recently co-curated Stitched Construct for Sabine Street Studios.

In 2009-10 she had an Artist in Residency at the Houston Center for Contemporary Craft and was awarded a grant by The is Texas Commission on the Arts. She has a studio at The Silos #306.

She is also an art car artist and participates in Houston’s Art Car Parade every year. 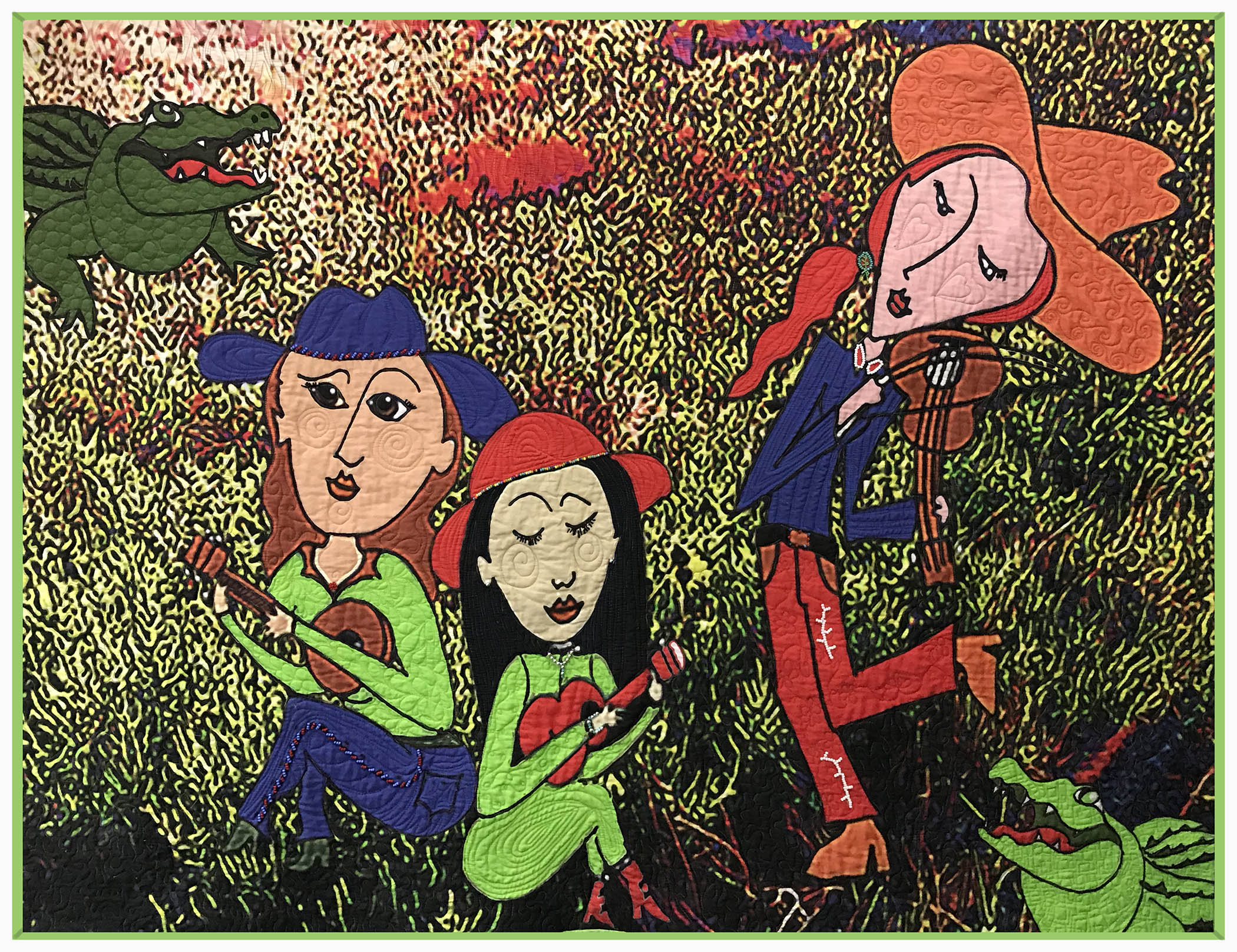